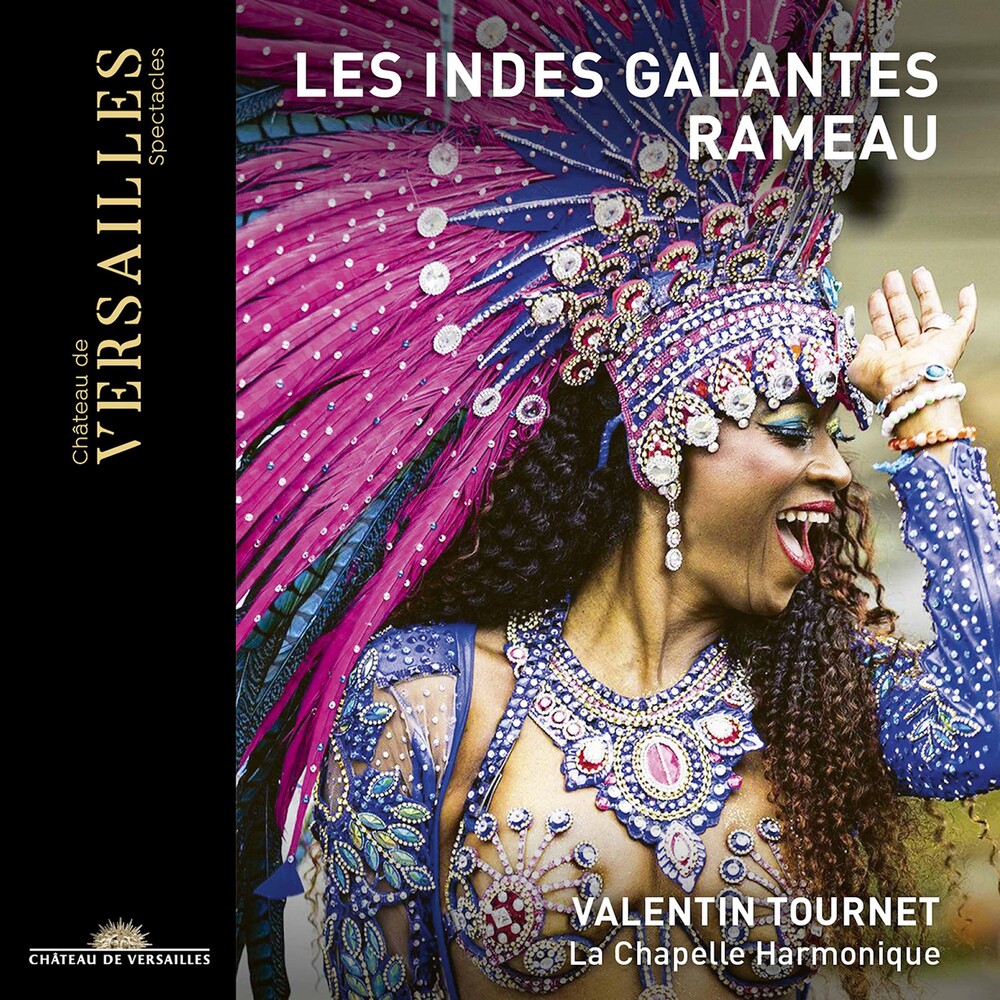 With the creation of his masterpiece Les Indes galantes in 1735, Rameau renewed the genre of opera-ballet with the presentation of separate independent tableaux, to include a series of crazy love stories involving exotic peoples, treated in various manners: dramatic for The Generous Turk, tragic for The Incas of Peru and comic for The Savages. A phenomenal success with 320 performances! The young Valentin Tournet has chosen the 1761 version, which includes the Prologue followed by three Entrées. In The Incas entrée, the Earthquake and the descent of the High Priest into the underworld are extraordinary moments. The Turkish entrée opens with unbridled passion, dominated by a storm scene of extreme beauty. Finally, the famous Dance of the Savages could in itself sum up the whole of French opera of the 18th century. A splendid vocal cast makes splendid use of the evocative powers of the French language, at the heart of an orchestra at the service of Rameau's delightful music, whose colors and sumptuousness shimmer thanks to Valentin Tournet.