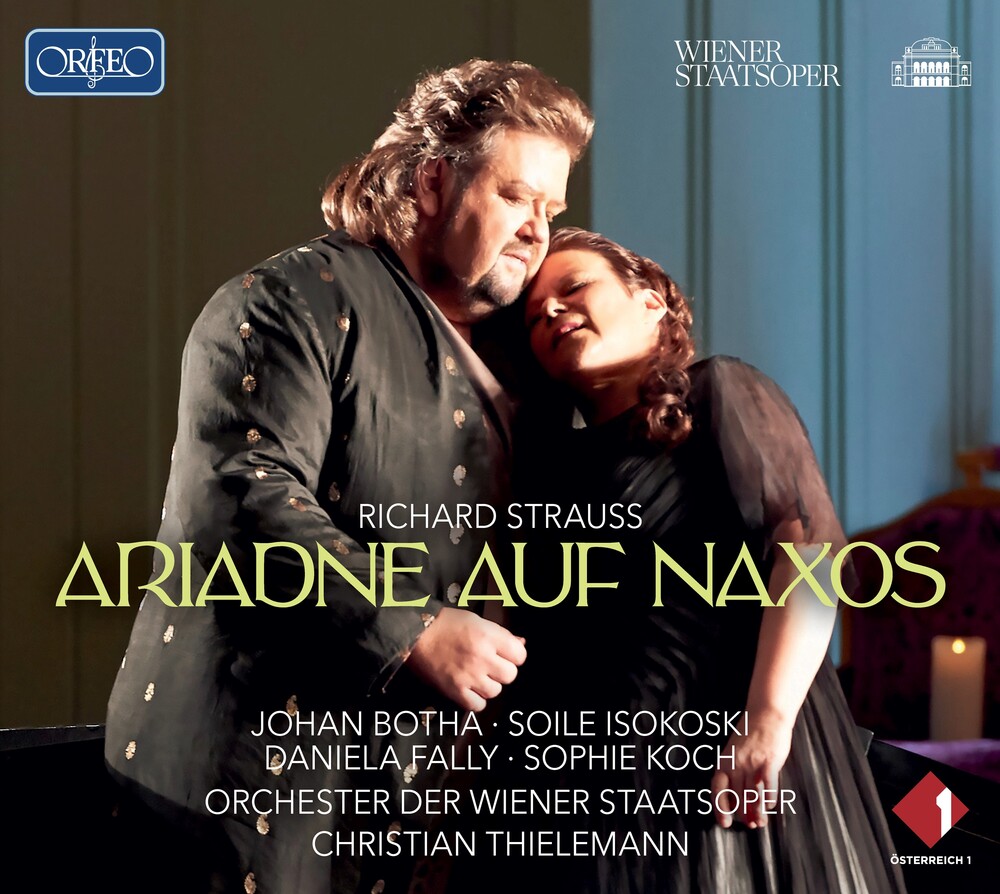 This live recording of Ariadne auf Naxos in October 2014 took place not only at the site of the opera premiere of the version of the opera that we are best familiar with these days, but it also testifies Christian Thielemann's first conducting engagement of a scenic performance of a Strauss opera at the opera house on the Ring. The cast includes Soile Isokoski as Ariadne, Johan Botha - in one of his latest performances before his untimely death - as Bachus, Daniela Fally as Zerbinetta, Sophie Koch as the composer, Jochen Schmeckenbecher as the music teacher and Peter Matic as the dancing master. Many attendees of the premiere of Strauss' first version of Ariadne - which was intended to succeed Moliere's Le Bourgeois gentilhomme and for this reason was six hours long - felt that they had just been part of a first-rate funeral. It had become obvious that this third cooperational work with Hugo von Hofmannsthal needed some restructuring. As a consequence, the Moliere piece was replaced with the Prologue, and premiered four years later on 4 October 1916 at Vienna's Court Opera (today's State Opera). In March 2021, Ariadne returns to the Vienna State Opera's playing schedule.