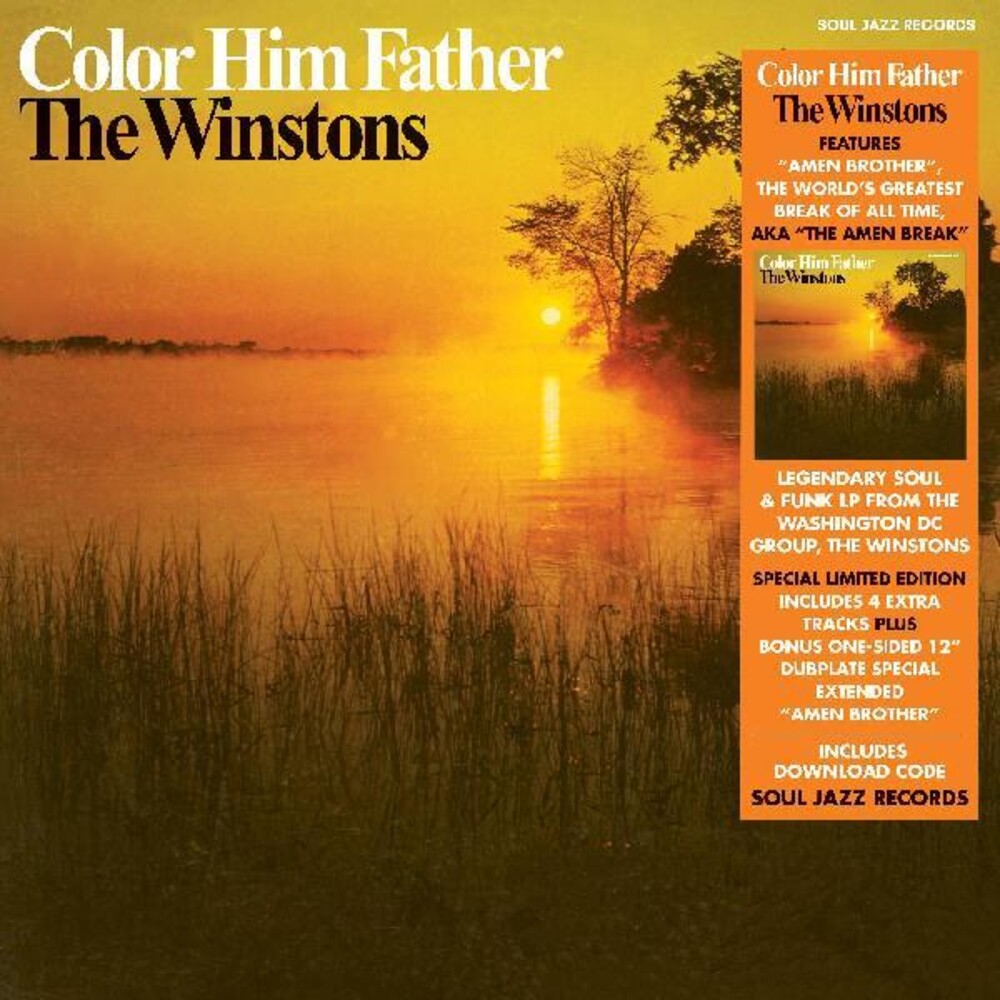 What do Tyler the Creator, Mantronix, Stetsasonic, DJ Shadow, Eric B and Rakim, Brand Nubian, Jay-Z and N. W. A. have in common? What do UK Apachi and Shy FX, DJ Zinc, Bukem, Ganja Kru, Lemon D Ice, Dillinga, Photek, 4-Hero, Congo Natty, Krome and Time, Roni Size, Skream and Shut Up and Dance have in common? Not to mention The Prodigy, Squarepusher, Leftfield, Oasis, Aphex Twin, Calvin Harris, Dua Lipa, David Bowie, Primal Scream, Lady Gaga and Dizzee Rascal? Answer: They have all sampled The Winstons' 'Amen, Brother! The Winstons' "Amen, Brother" is THE most sampled drum break in the history of music and has shaped the evolution of electronic music ever since it's creation in 1969. This is the official release of the Winstons' 'Color Him Father' album, out of print for fifty years on vinyl, a glorious break-heavy album of soul, funk and gospel featuring the single "Color Him Father", "Amen, Brother" and loads more! The fully remastered album features the original sleeve design and comes with 4 extra bonus tracks that the group released only as singles. The Winstons' "Amen, Brother" was originally the B-side to 'Color Him Father' a superb soul tune released by the multi-racial group from Washington, DC, in 1969. The song was based on a Curtis Mayfield guitar riff and drum break was played by George G. C. Coleman. 'Color Him Father' became a million-selling no. 1 R&B hit single in the US and the following year the Winstons released their debut (and only) album of the same name; a superb rare slice of soul, funk and gospel music that has changed the course of music over the last fifty years
This website uses cookies to personalize content and analyse traffic in order to offer you a better experience.
I accept Learn More
back to top