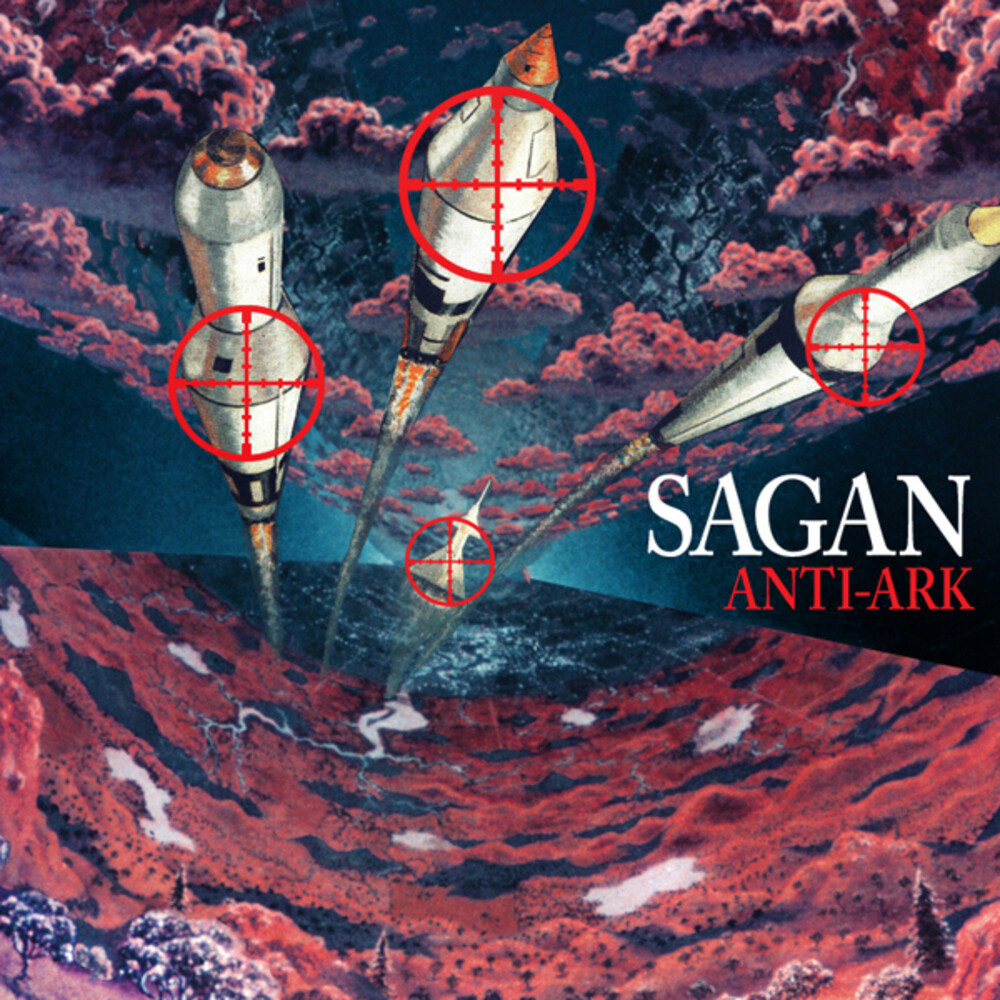 Sagan is Blevin Blectum (Blectum From Blechdom), Jay Lesser (live touring member of Matmos) and Wobbly (collaborator with Negativland, Thurston Moore Group, Dieter Moebius & Tim Story, Fred Frith, Huun-Huur-Tu, etc)-three solo artists from the San Francisco Bay Area's legendarily weird electronic music scene, coming together in shared love of Space. Fifteen years in the making, their second album Anti-Ark arrives-a recursive love letter to the early decades of space travel and the High Frontier, when the lines between hard scientific research and emotional wanderlust melted away to reveal an optimistic vision for mankind's shared future. Explosively kinetic, searingly romantic, the album draws on the trio's formative influences: the electronic space music which Carl Sagan's 1980 TV program Cosmos brought to a global audience. Sagan channels the Cosmos sound universe into new compositions, performed live and then folded in on themselves through countless edits into a molecular quilt. The album's micro-bursts of ambient, meditative and kosmiche are woven into new and denser signals-flying by as if picked up by some satellite hurtling through every civilized universe, moving faster than known physics allows. Any given ten second stretch of Anti-Ark contains a greater density of sound design than might be typically deployed over the course of entire tracks-an attempted inventory not of the objects within the ecosystem, but of the relationships between them. Set against today's closing windows of opportunity, each sound here contains it's own melody and serves as a note within a larger one, a stream of that information which needs to be sung before it can be known.